Thankfully, surgery, radiotherapy and chemotherapy has put Mel, an NHS physiotherapist, on the road to recovery. But Simon, who like many vets faces struggles to balance his wellbeing, needed his own therapy and focus to help him support Mel’s battles.

Despite having no rowing experience, he has thrown himself into punishing daily training sessions for the gruelling 40-day ocean marathon. He’s hoping current restrictions will still allow him to fly out to the Canary Isles next month (March 2021) and be part of a 12-strong team setting off on purpose-built Roxy. 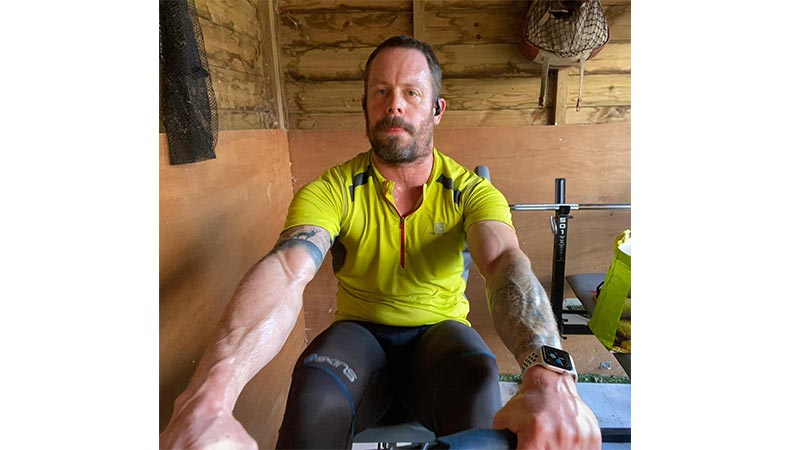 And, already generously supported by £6000 from IVC Evidensia, he is now looking to raise the rest of the sponsorship so he can donate all funds raised to Macmillan Cancer Support.

Simon graduated from Bristol in 2003 and, after five years of mixed practice on the outskirts of Exmoor, he moved to Herefordshire with Mel.

“I had that romantic notion of following the old school model of moving up through the ranks, getting a partnership offer and then taking the surgery over,” said Simon.

“I found a small practice which offered that and after five years that came about and Mel found this property, a dwindling pub called the Vine Tree Inn, for sale.

“We had an eight-month project to totally gut, convert and extend it and we opened the surgery in April 2015.”

It took some vision to imagine the transformation and Simon well recalls standing with dad Peter in the shell of the old pub and explaining his dream.

Peter had spent more than 30 years in the military, beginning as a squaddie at Catterick in Yorkshire and, having worked through the ranks, retired as Commander of the Garrison.

“We moved a lot through our early and teenage years, making it sensible for us to go to boarding schools,” said Simon. “So, it wasn’t really until my 20s that we truly became close as a family and I fully began to appreciate my father more.

“He would do anything and everything for us.

“When I told him about my plans for the surgery, he was 100% behind it – even when a rat bolted from one of the cookers in the kitchen as we looked around.”

Peter had been living with his cancer for the best part of a decade by that time. But the moment he’d first heard of his dad’s cancer diagnosis back in 2005, is burned forever into Simon’s memory.

“He had just gone for a routine GP appointment about his asthma and had seen a notice about prostate check for over-50s,” said Simon. “He booked one never expecting an issue as he had no symptoms, but it came back positive.

“It was a massive shock when I got the call from him on a Friday afternoon and that was the start of a long, tough battle.

“Being able to walk round the new surgery with him shortly before he died was a really poignant moment.”

Throwing himself into his veterinary work, establishing Vine Tree and being with Mel and their two children, Molly, 11, and Rowan, nine, helped Simon cope with his grief.

“She’d had a couple of lumps before which had turned out to be cysts, so when she found this one, she hadn’t thought much of it,” said Simon.

“Everything just unravelled with the news that it was something serious. It felt like the rug had been pulled from you and suddenly you’re on the floor trying to take it in.

“It felt very real and frightening, although we felt hopeful because of the early diagnosis and the plan for surgery, radiotherapy and chemotherapy.

“However, it was discovered that the cancer had spread to local lymph nodes and that was when you go to a much darker place. There’s no hiding from the fact that statistically the picture is markedly bleaker.

“You just never know if it’s marched on to the rest of the body.”

Mel underwent two operations and, two-and-a-half years on, things are, thankfully, looking good although Simon says that “cloud in the background” will remain until a final all-clear.

“It’s all in the lap of the gods really,” he says simply.

Mel’s treatment has been at the Macmillan Renton Unit at Hereford County Hospital. Having seen the facilities and amazing work done, Simon wanted to pay something back and raise funds for Macmillan.

In his sporty past, he’s fundraised by running marathons and tackling the Three Peaks Challenge, but crossing the Atlantic is on a totally different scale.

And the inspiration came totally by chance when a re-arranged holiday saw the family go to Antigua in 2019 to help mark the end of Mel’s initial course of treatment.

“We did a tour and ended up at English Harbour and in a corner of a museum there was one of the boats from the company that had originally set up the rowing race across the Atlantic,” explained Simon.

“A lightbulb went on in my head because, back in my very early vet days I’d seen coverage of the Talisker race and something about it got under my skin.

“I’d talked about it with a pal over a pint in the pub, but it was nothing more than a pipe dream and I’d forgotten all about it until I saw that display in the museum.

“For the next few months, I kept waking up at three or four in the morning, fanning this flame that had been ignited. I felt it had to happen.

“It was a way to mentally help myself and give myself a focus to get through everything. I wanted to find a meaning to life but also to give help to an organisation that has supported us so well.”

The mental and emotional turmoil Simon has gone through comes on top of the increasing stresses of being a vet and running a busy practice.

And the wellbeing not just of himself but others in the profession is something of which he’s acutely aware.

“It’s hugely important and one of the challenges of wellbeing is ensuring there’s a massive, intricate network of support,” said Simon. “Some of us want an arm round the shoulder or a hug, some need a quiet word in the corner and others need to find something else.

“I’ve worked alongside someone affected by mental health issues and I was glad I was able to be there to support them. Everyone in the profession knows of the widespread pressures we face and we all need to find our own ways.

“I tend to be a withdrawn individual who suffers in silence and my way through is to give myself a goal to fix on. This trip has provided that.”

Prior to this voyage, Simon had virtually never taken to the water in any shape or form.

“My seagoing experience consists of jumping on ferries to go to camping holidays in the south of France.

“And the only rowing was pottering about on a canoe on the River Wye.”

But he has thrown himself into the epic voyage on board the 11.8-metre-long Roxy. Each of the 12 crew members, aged between 18 and 60, will row more than 1.5 million oar strokes, taking two-hour shifts and battling sleep deprivation.

They’ll burn over 5000 calories a day and can expect to lose about 12kg of bodyweight during the 35 to 40-day crossing.

Training has, understandably, been disrupted by COVID-19 restrictions. But in between his veterinary duties, Simon has been pushing himself to the limit to be in the best possible shape for the proposed departure to Tenerife at the start of March.

“It has actually helped give me even more energy for the challenges and hardships of the day,” said Simon. “I try to get an hour on the rowing machine before 7am when it’s time to help with the kids before heading to the surgery.

“I have a rowing machine at work and even if it means staying late, I’ll try and sneak in a session before heading home.”

Professionally, Simon has been delighted with everything that has come with being part of the IVC Evidensia family.

“A couple of years after setting up Vine Tree the pressures were high and, looking at a five-year projection, we’d be in exactly the same spot,” said Simon.

“We found no attraction in going with other corporates due to their business approach and the loss of our surgery name. We contacted IVC Evidensia and they were fantastic.

“The approach, understanding and compassion was exactly what we needed. In the last three years the surgery hasn’t looked back and being part of IVC Evidensia has enabled us to grow so much faster than I could ever have hoped as an independent business.

“The overheads and pressures have gone, and the work-life balance is there now. On top of that, the support we’ve had since Mel’s diagnosis has been great.”

And that support has gone even further with the £6000 provided by IVC Evidensia towards Simon’s £15,000 sponsorship costs which will allow him to gift 100% of fundraising donations directly to Macmillan.

Mel is giving him her full backing, although he admits part of her thinks he’s “mildly loopy”.

“For an extreme undertaking, this voyage will absolutely be the very safest it can be,” adds Simon. “But a handful of people have been lost over the years doing this journey and if we do get into trouble, we’ll have to rely on radio passing vessels for rescue.”

If you are interested in helping sponsor Simon’s challenge, email rowformacmillan@gmail.com

Or to donate to Macmillan please visit his fundraising page. 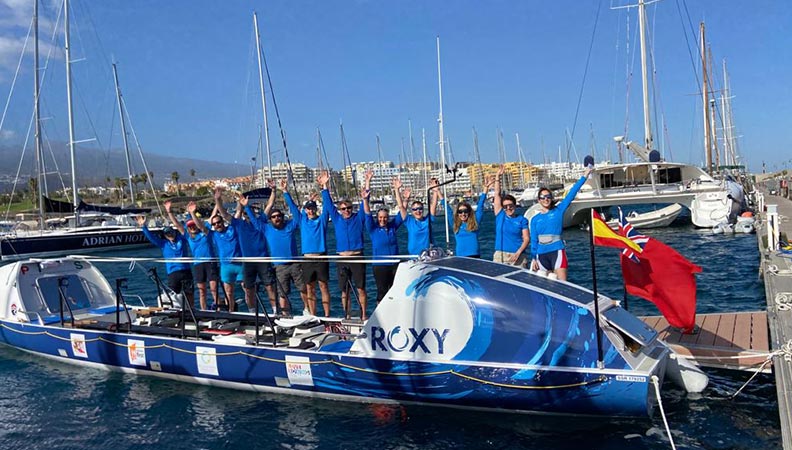 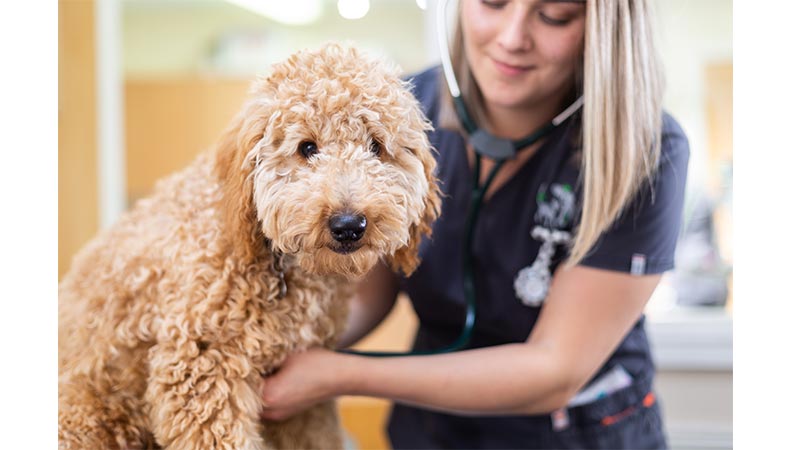 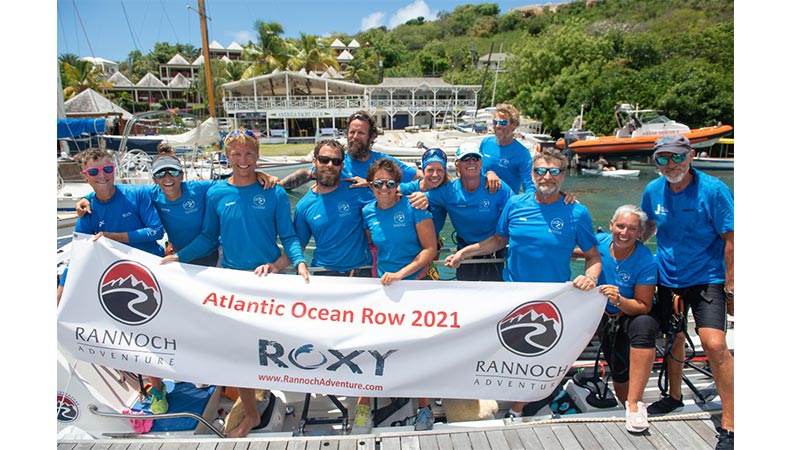 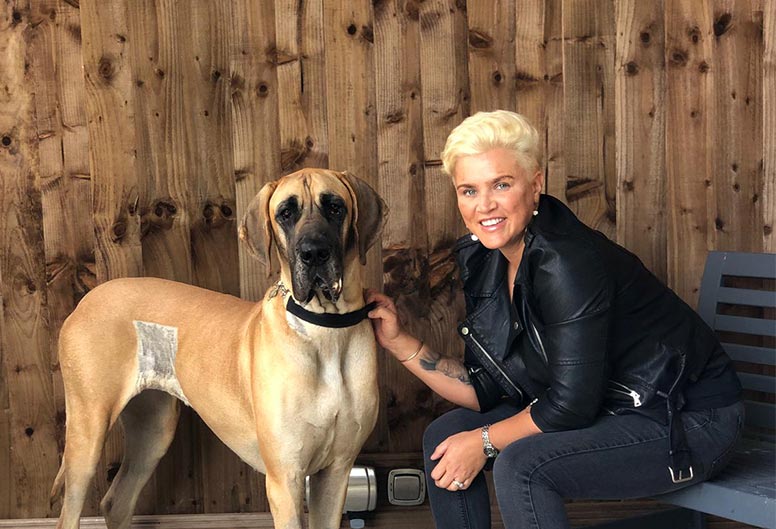 Vets warning after surge in cases of potentially deadly conditionSeptember 30, 2019